The enslavement and exploitation of people has been happening since time immemorial.

Despite centuries of societal, economic and industrial growth, including the passage of laws between 1777 and 1981 to ban slavery practices in the applicable jurisdictions, it continues to be a scourge afflicting millions across the world, just about everywhere.

Modern slavery and its enablers are well-documented. Its modern forms are well-known:

The worst forms of child labour, where children are subjected to slavery or similar practices, or engaged in hazardous work.

Several countries and states have enacted laws to try to deal with the problem. Others are in the process of doing so.

All these laws recognise that dealing with modern slavery will be a long haul, that results can only be produced slowly because it will take time for organisations to develop, implement and scale up demonstrably effective approaches to the problem.

By using the supply chain as the attack vector, governments are relying on the premise that the perpetrators of modern slavery practices will eventually be denied opportunities for profiting from those activities by the refusal of organisations to do business with them unless proof of cessation of such activities is available.

The desired consequence is that the perpetrators will find life becoming way too hard, that they will find it much less risky to obtain money by legitimate means, that there will eventually be a sustained and marked reduction in modern slavery practices.

The impact of these legislative changes on businesses is to necessitate both new working practices and improvement in the recording and enforcement of those working practices. It is the second part of this in particular that will likely require investment for a suitable software solution to make this process as seamless, automated and defensible as possible.


As one element of the Australian Government’s response to modern slavery wherever it occurs, its Modern Slavery Act (the Act) came into effect in early 2019.

Its focus is on exploitation of people anywhere in the operations or supply chains of any Australian entities, or foreign entities operating in Australia or its external territories, with a consolidated annual revenue of at least AUD100 million. There are about 3,000 such entities.

Its intention is to use public, private and Australian Government entities at the top end of town to drive change across their operations and supply chains in order to minimise the occurrence of modern slavery practices.

Its presumption is that these entities have the capacity to comply with the Act, the capability to address shortcomings in their operations, and the leverage to drive change in their supply chains.

Its approach is to raise awareness both inside and outside these entities that modern slavery practices may be occurring in their global and domestic operations and supply chains, and to oblige them not only to determine if that is indeed the case but also to report on their intentions towards addressing such practices, either reactively or proactively, by way of a Modern Slavery Statement (the Statement).

Its response to an entity’s non-compliance with reporting requirements includes public naming-and-shaming but excludes any direct penalties.

Its expectation is that continuous improvement will be exhibited by entities in both the methods they use to deal with modern slavery practices, and their success in minimising those practices.

Its hope is that a groundswell of responsible business conduct will encourage many entities which don’t meet the revenue target for mandatory reporting to make their own efforts towards identifying their exposure and responses to the risk of modern slavery practices, and submit Statements in accordance with the legislation anyway.

Its requirement is for the first annual Statement to be submitted to the Australian Border Force for the reporting entity’s first full reporting period after 1 January 2019.


Required to be submitted annually, within six months after the end of the reporting entity’s financial year or other annual accounting period, the Statement must include seven mandatory items:

A Guide to the Act


The Australian Government provides comprehensive guidance (the Guide) about what a reporting entity needs to do to comply with the Act. While lengthy, the Guide contains many useful examples and explanations, and is well worth the effort to study it.

Be advised though that the Guide is quite high-level. It provides a good sense of the sequencing of actions needed, but understandably lacks any real notion of the inherent complexity, scale or do-ability of those actions because organisations come in all shapes and sizes.

Most reporting entities will have to figure out for themselves just how to do what the Guide suggests, possibly with varying degrees of external assistance.


An organisation and its various entities can be in varying states of readiness for dealing with modern slavery practices and complying with various pieces of modern slavery legislation that might apply. Readiness can range from ‘first we’ve heard of it’ up to ‘we’re under way but need to improve’.

That’s because quite a lot of work is required at the organisational and individual entity level just to be in a position to start coherently attacking the problem. This work is totally dependent on how an organisation chooses to deal with its particular circumstances.

Various people from different parts of an organisation would be involved in working on many of these tasks, possibly with external help.


So, what are the implications for people with responsibilities related to contract management or supplier management?

Well, a lot really. Remember that these people already have a day job, often fairly intense and pretty stressful. It all depends on the number of them versus the number of contracts and suppliers that need to be managed, regularly or more intermittently. Plus whatever fires need to be put out, right now.

Firstly, they are likely to be involved in specific aspects of the roadmap development activities mentioned above that are directly or indirectly related to contract management and supplier management.

Then they will almost certainly need to work on operationalising some of those parts of the roadmap.

In both cases, they would be working with key contract stakeholders: operational, legal and management.

For the sake of simplicity and example, we’ll separate the contract management and supplier management responsibilities for the operationalising work. This distinction might not be relevant to whoever ends up doing the actual work.

How Gatekeeper can help


Gatekeeper is a comprehensive contract tracking system containing a number of features for assisting in the management of modern slavery risk:

Intake Forms: Configure publicly accessible intake forms to capture specific information, including certificates and other documents, in a secure fashion from suppliers. Store that information against records for future audit purposes and trigger further automated actions.

Risk Module: indicate the general state of supplier risk, including commentary about modern slavery in particular. Trigger actions based on risk profile or specific incidents and escalate with stakeholders.

Spend Module: At-a-glance reporting of spend by supplier, category or any other relevant grouping. Track spend directly at an invoice level to maintain total visibility over supplier relationships and conduct periodic reviews based on total spend data.


The legislative and business focus on modern slavery is relatively new, and so far, not widely spread. Inevitably, more countries will need to enact anti-slavery laws in order to achieve the critical mass needed to drain the cesspool of perpetrators and enablers of modern slavery practices.

Realistically, all these laws will need to be scoped more widely in terms of the size of participating entities, and be given bigger teeth to make non-compliance less attractive.

The modern slavery problem is vast and entrenched. It will take time, money, encouragement both positive and negative, some inevitable setbacks and a bit of showcase public shaming and vilification before any discernible improvement in dealing with modern slavery can be achieved.

While there will always be people who believe that might is right and the strong should rule the weak, hopefully over time it will become much, much harder, more uncomfortable and less profitable for them to do so.

We should all live in hope of witnessing such an outcome.

If you would like more information about contract risk and specifically how Gatekeeper can help in managing modern slavery risk, then contact us today for a free consultation.

How A Supplier Management System Will Enhance Your Business

How to manage supplier risk 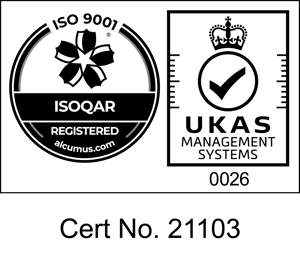 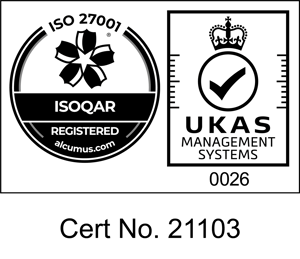